How to get through the teenage years? 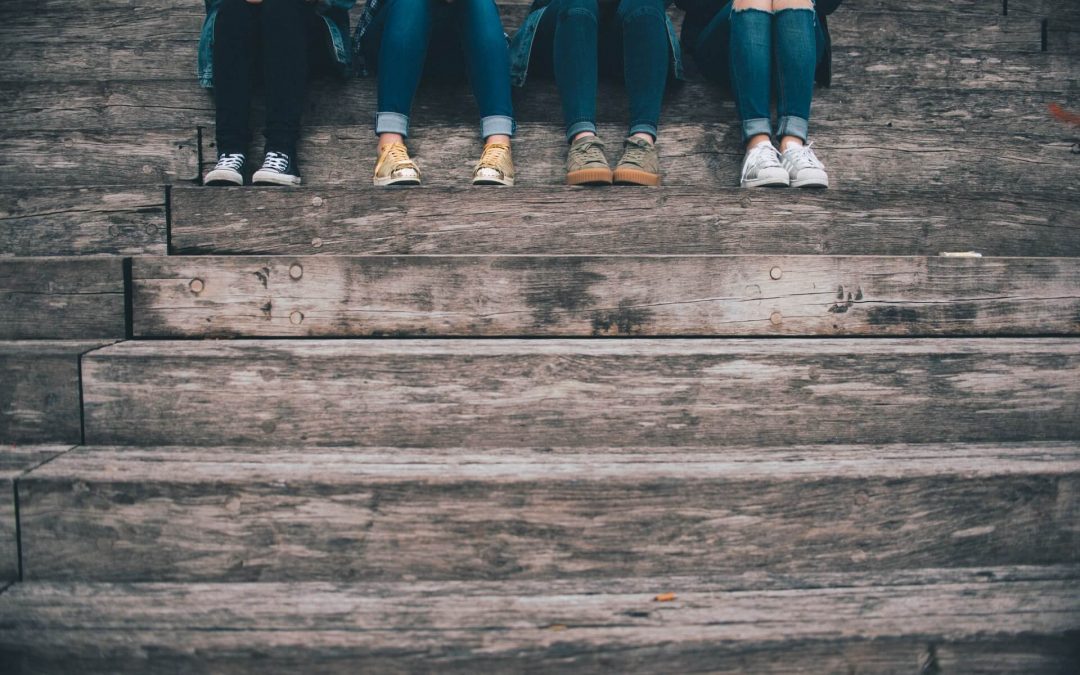 Today I would like to discuss a topic which is not discussed that often on our blog — the topic of teenagers. Parents try their best not to mention this word whatsoever. The most sensitive ones, after hearing the phrase “teenage years” either start nervously trembling or secretly crossing themselves. Let’s take a closer look at this phenomenon and see — perhaps there’s nothing too bad about it after all? Let’s look at it from a scientific point of view, and start by asking how do we know that we have a teenager at home ?

3.  In the evenings, you might hear muted laughs and sometimes crying, all coming from the room that belongs to that person starting with that scary letter ‘T’. A newly added sign on his door reads ‘Danger, High Voltage!”, and in the bottom there’s a clumsy self-made drawing of the skull with 2 bones.

4.  In case you’re walking somewhere together, you never walk side by side. This skinny tall ‘thing ’ wearing a hood is walking 2-3 meters behind you, demonstrating all of its unwillingness to go wherever it is that you need to go.

5.  The most terrifying about it all – this ‘thing ’of 10-11 years old has disappeared from your house ; that ‘thing ’that, despite its weight and height once really enjoyed sitting on your knees and became unhappy in case you forgot to give it a goodnight kiss.

If, with the help of this scientific method, you’ve concluded that you have a teenager in the house, now the question is – what shall we do?

Most parents start to panic and try to remove the hood from their child’s head, the earplugs from the years and the most fearless ones attempt to invite their child for a Sunday dinner together. We do not recommend you do this, there’s a high chance of you being attacked by this ‘burning ’look , implying the classic “mom, but you don’t get it anyway !” Or alternatively, your teenager would sit with you at the table with his/her eyes rolled up – ophthalmologists don’t recommend that either.

Now, seriously what’s going on in a teenager’s room — the place where you feel you’re not allowed to enter at the risk of death.

A teenager’s room is a functioning chemical lab in which an adult is being produced. Chains of hormones are being constantly rearranged, longer legs and hands are being grown; the voice becomes lower, new emotional connections are being created, the world around is being explored in terms of “the in-group” and “the out-group.” It is absolutely necessary that this process is completed without any interruptions. A teenager is in the middle of a very difficult and meticulous process of classifying his/her values: “This suits me, I’m taking it into my new life, whereas this – this is not really my thing, I should better leave it at the same place where my old teddy bear is lying – under my bed.”

If we decide to interfere with these processes that are happening in the scientific lab, we actually prevent the teenager from solving all these problems by him/herself, from building a new system of his/her own. S/He will be protecting him/herself at all cost, stoping your ideas and views from penetrating into his territory. And it’s actually great that s/he’s doing it this way.

What shall we – the lost and scared parents – do?

1.    Actually we have to neither interfere with these processes nor enter the forbidden territory.

2.    Trust the teenager and leave him/her alone. At times of severe doubts ask your mom to send you a photo of you in the 9th grade in which you had purple hair and a hoody with a ‘Metallica ’written on it.

3.    Restrict the number of kitchen utensils being brought away from the kitchen in a reasonable way.

Cook his/her favourite food and leave it for him/her either in the fridge or beneath the door.

In this case, knocking at the door and then leaving the area quickly (but with dignity) is highly recommended.

4.    Don’t try to to tidy up his/her room by yourself or make any comments about the amount of dirty clothes. Instead, show him/her how to use the washing machine as well as where you keep the washing powder.

5.    At times when your teenager is in a mood to communicate with you, invite him to watch his/her favourite movie/TV series together, without making any comments about anything. If you get lucky, such pastime may as well become the time of your regular contact.

6.    Wait until the chemical lab has finished its work, while dedicating time to the things you love doing. Remind yourself about trusting your teenager.

Once there will come a wonderful day when a big tall guy appears in your kitchen, and asks you in a low voice: “Mom, do you need any help? I can throw out the trash”

At the moment, we’re going through it with Eva (14) for the third time. I’ve really got to keep up with my qualification since the 4th teenage period is on its way – the one with Theo.